The TSE (Tourbillon Schwarz Etienne) caliber is the fourth evolution of the modular Schwarz Etienne movement concept, following on from the MSE, ASE and ISE. Like the ISE, it is an 'inverted' movement with automatic winding whose regulating organ and the micro-rotor are unveiled in an original manner. Its uniqueness lies in its regulator, a tourbillon minute whose hypnotic ballet comes into motion at 2 o'clock. This exists in different versions, flying tourbillon or maintained by a bridge for the TSE 122.00 movement and its innovative small second retrograde. 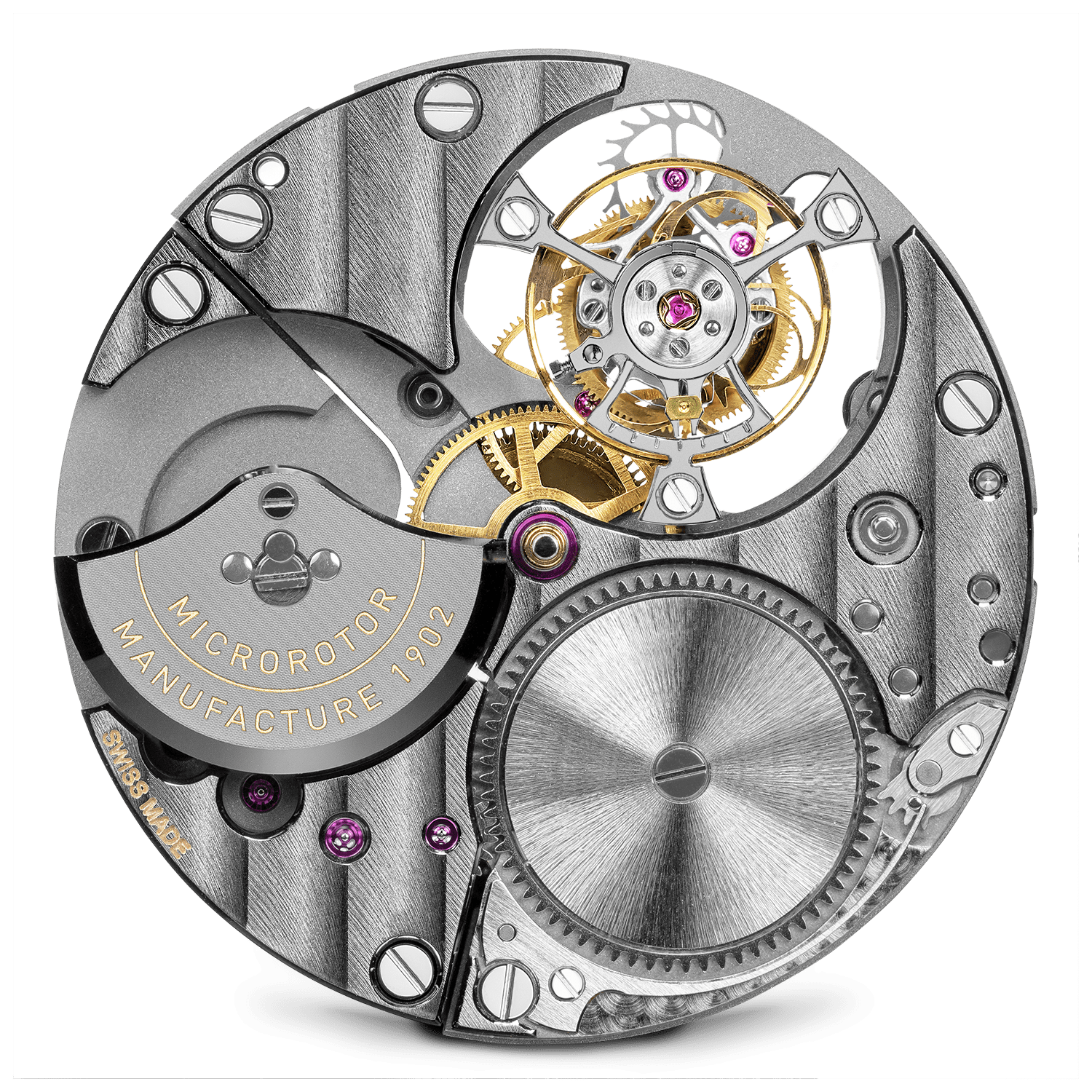 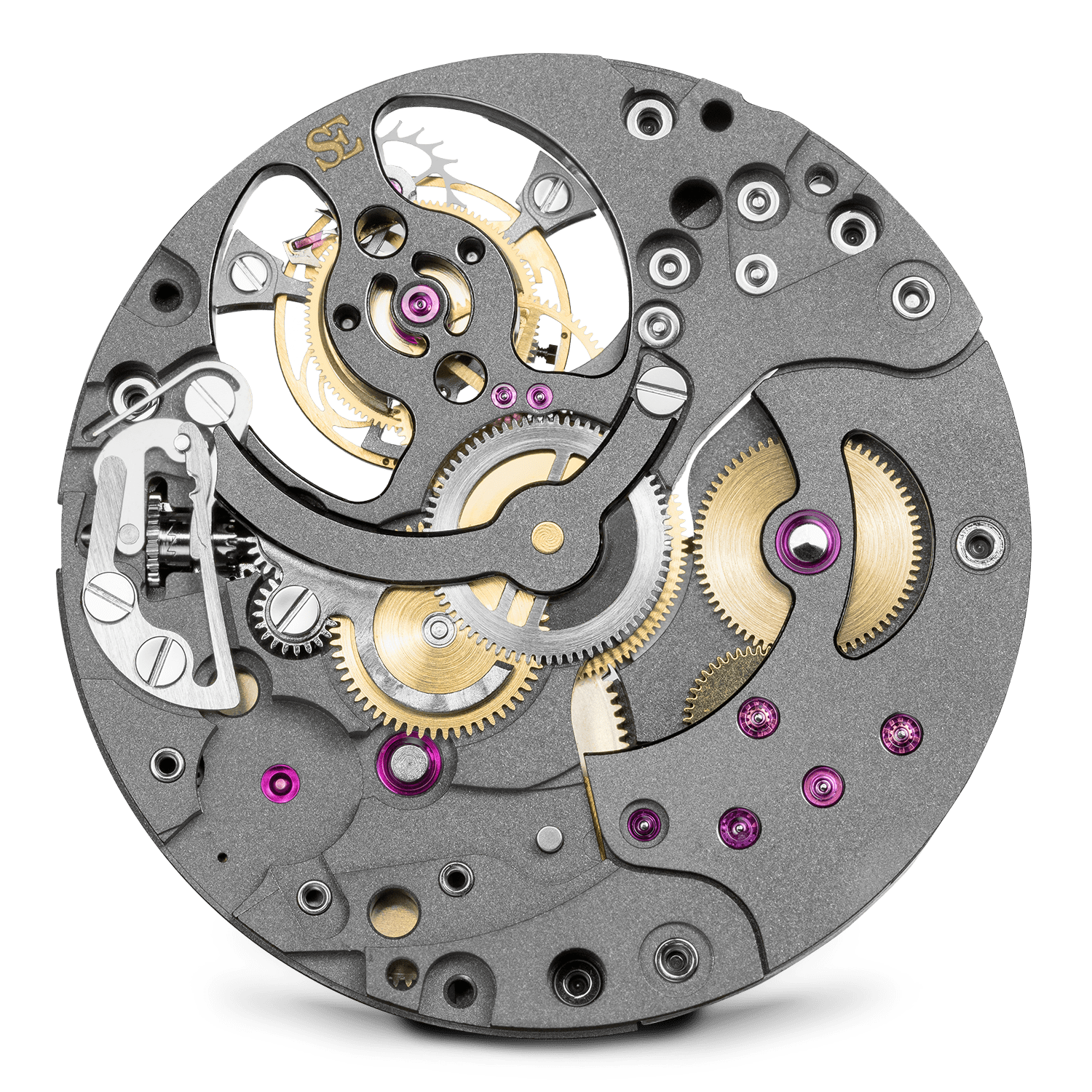 The TSE 121.00 calibre is a one-minute flying tourbillon automatic movement with anti- clockwise rotation and micro-rotor on the dial side. 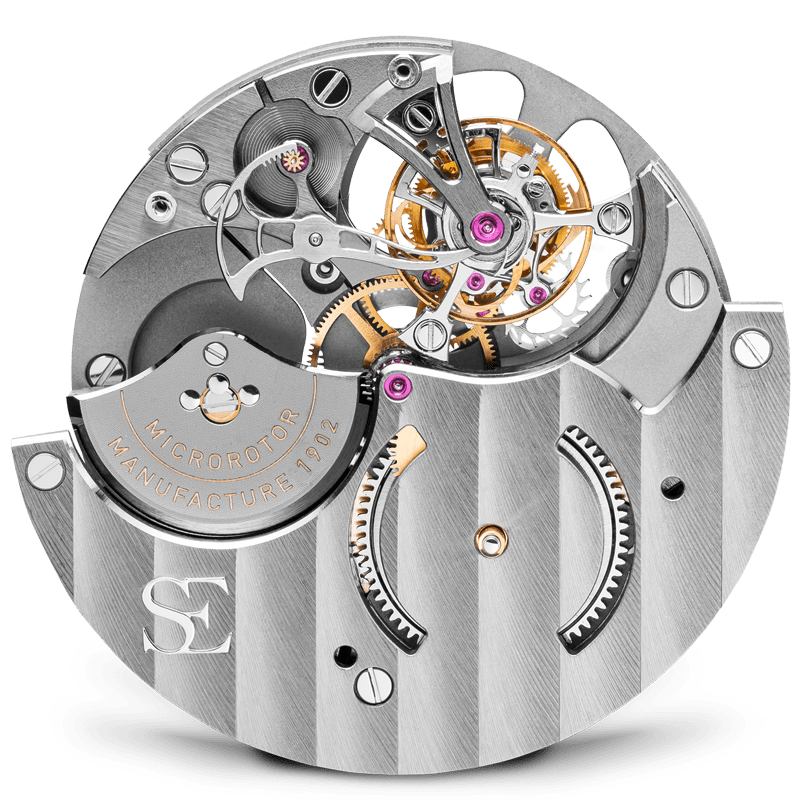 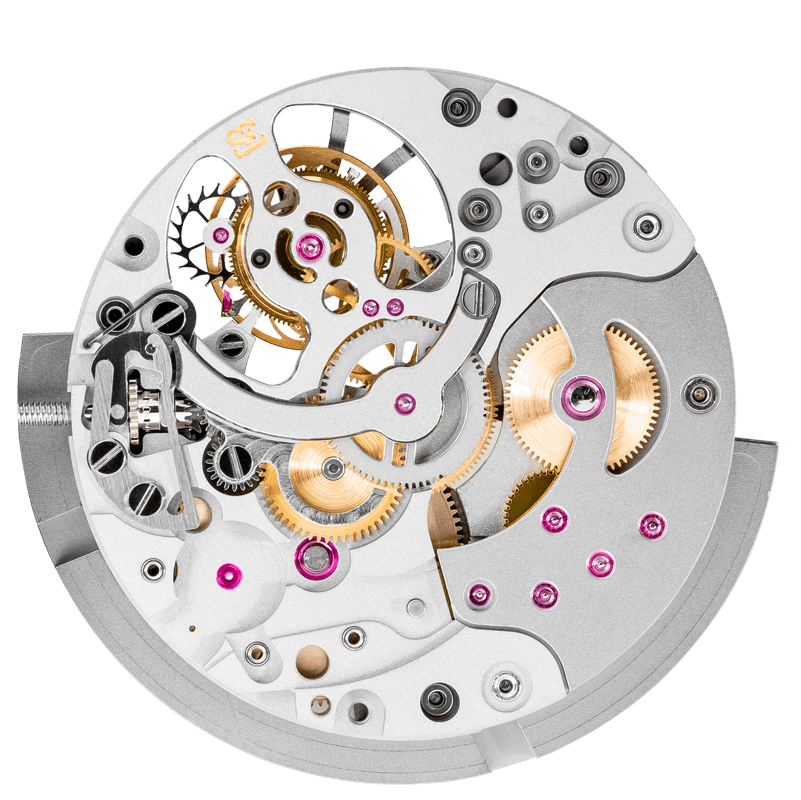 The caliber TSE PSR 122.00 is an evolution of the caliber TSE121.00 incorporating an original retrograde second indication.

It is integrated in an unusual way, as its mechanism is built directly in connection with the Tourbillon. A snail cam is mounted on the tourbillon arbor. A ratchet gear is resting on this cam while the system is tensioned with a spring. This allows for the small seconds hand to advance along an arc and then suddenly jump back to recommence at the starting point. 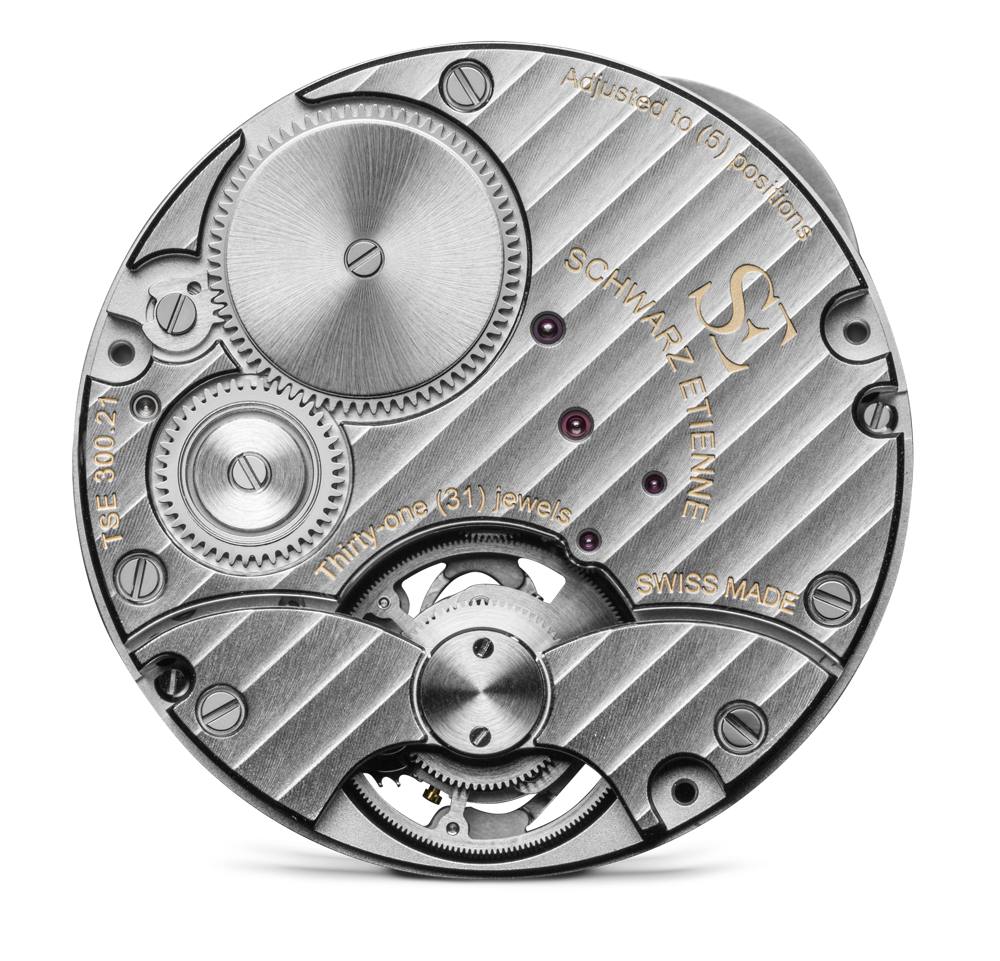 The Ode to the Week watches are powered by the manual-winding caliber TSE 300.21.
Regulated by a tourbillon, this sophisticated movement combines jumping hour and retrograde minute indications.

Entirely manufactured in-house, including the hairspring, the balance wheel features an exclusive design feature. On balancing it draws the brand’s SE initials.